Deep in the woods lies an old broken cottage, its wood all rotten and broken. The porch is missing blanks and all sticky. But most of all, the door is bright red with an unearthly symbol painted on it. Whatever you do, do not open the door. If you were to open it, the monster would be freed from its rotting prison. The creature stands eight feet tall, all dirtied and damp.

It’s teeth, spotted with rot and stained with a crimson red, nash against each other, and it’s claws, oh the claws! Sharp and thick as a hunter’s knife. It stomps around the forest with it’s cloven hoofs and long thin tail. It mumbles and growls with a snarl on its furless face. But the most gruesome thing is that its heart is exposed with some ribs sticking out. The heart pumps and throbs with a reddish glow, beating louder and louder for anyone to hear for a mile away.

If it ever saw anything or anyone, it would let out an ear-splitting shriek and slowly hunt them down, not because it’s slow or old but for the fun of seeing them shaking with fear. Be on your toes and watch your surroundings because when you see glowing blue eyes, you’ll know when he’s found you. 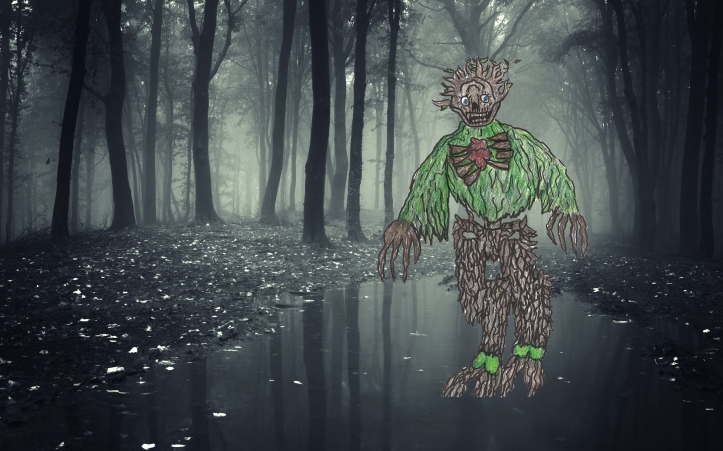